As the sun moves, it can encounter sky conditions that can intensify it or obscure it. It is important to understand these metrics and account for them when designing a net zero energy building.

The frequency and opacity of cloudcover must be modeled in order to ensure good passive design. 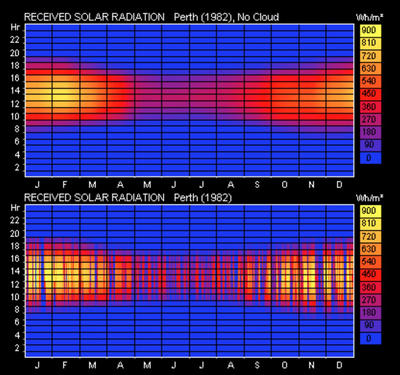 Insolation for a given location through the year, with no clouds (theoretical)
and with typical cloud occurrences

Clouds not only block sunlight for a building, but also diffuse it.  This is especially important for daylighting, as it changes the distribution of incoming light in a space.

Clouds are an important determinant of the “sky illuminance conditions” that are used to model sunlight and daylight. The Commission International de l'Eclairage (CIE) has standards for how to consider clear, uniform, and overcast skies. Usually overcast skies are used as design criteria because they represent worst-case scenarios. However, for buildings near the equator, uniform skies may be more accurate.

Cloudcover data will generally be contained in .WEA or .EPW files, along with other weather data.  Usually data for incident solar radiation will automatically include the effects of cloudcover. 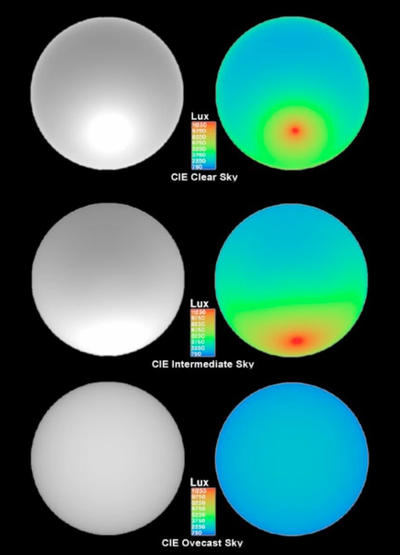 180° sky brightness for clear sky, intermediate sky, and overcast sky,
each shown both as true brightness and color-coded for easier distinction

The sun's intensity is often called "insolation" (this is short for "INcident SOLar radiATION”, and is not to be confused with insulation) and is important for passive design strategies and energy generation.

Incident solar radiation values are based on two primary components: direct radiation from the sun and diffuse radiation that is scattered by the clouds and atmosphere (and the ground in front of the surface). A cloudy sky reduces the amount of direct beam radiation and increases the amount of diffuse sky radiation. 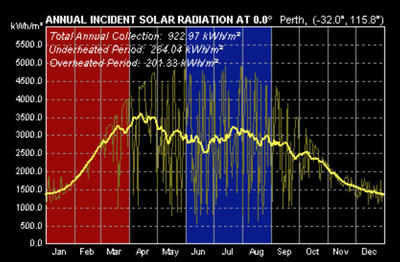 Insolation for a given site and surface orientation

Even the structure of the building can depend on precipitation. Many mountain climates get heavy snow loads that require roofs and walls to be sturdier than snowless locations. 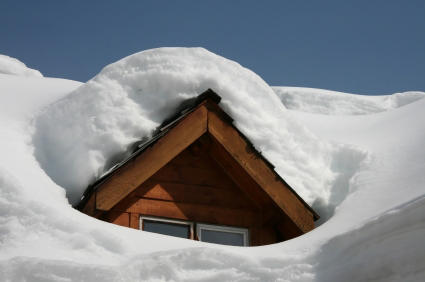 Snow cover can be thick and heavy