You likely won't be able to illuminate a space through daylight alone all the time, so you’ll have to learn to efficient artificial light design. Light sources are the different kinds of lamps, bulbs, or other devices used to create artificial light.

The choice of light source is very important, both for visual comfort and for energy efficiency.  Roughly 1/3 of an average US commercial building's energy use is lighting.

Artificial light sources are measured not only by their visual comfort characteristics (brightness, color temperature, color rendering index, and light distribution), but also their efficacy--that is, their effectiveness at converting electricity into light.

The energy efficiency of artificial lights are measured by "luminous efficacy", the ratio of luminous flux coming out (in Lumens) to electricity and/or heat going in (in Watts). Energy that does not emerge as light emerges as heat. Note that lighting efficiency is a function of both light source itselfand the fixture housing it. 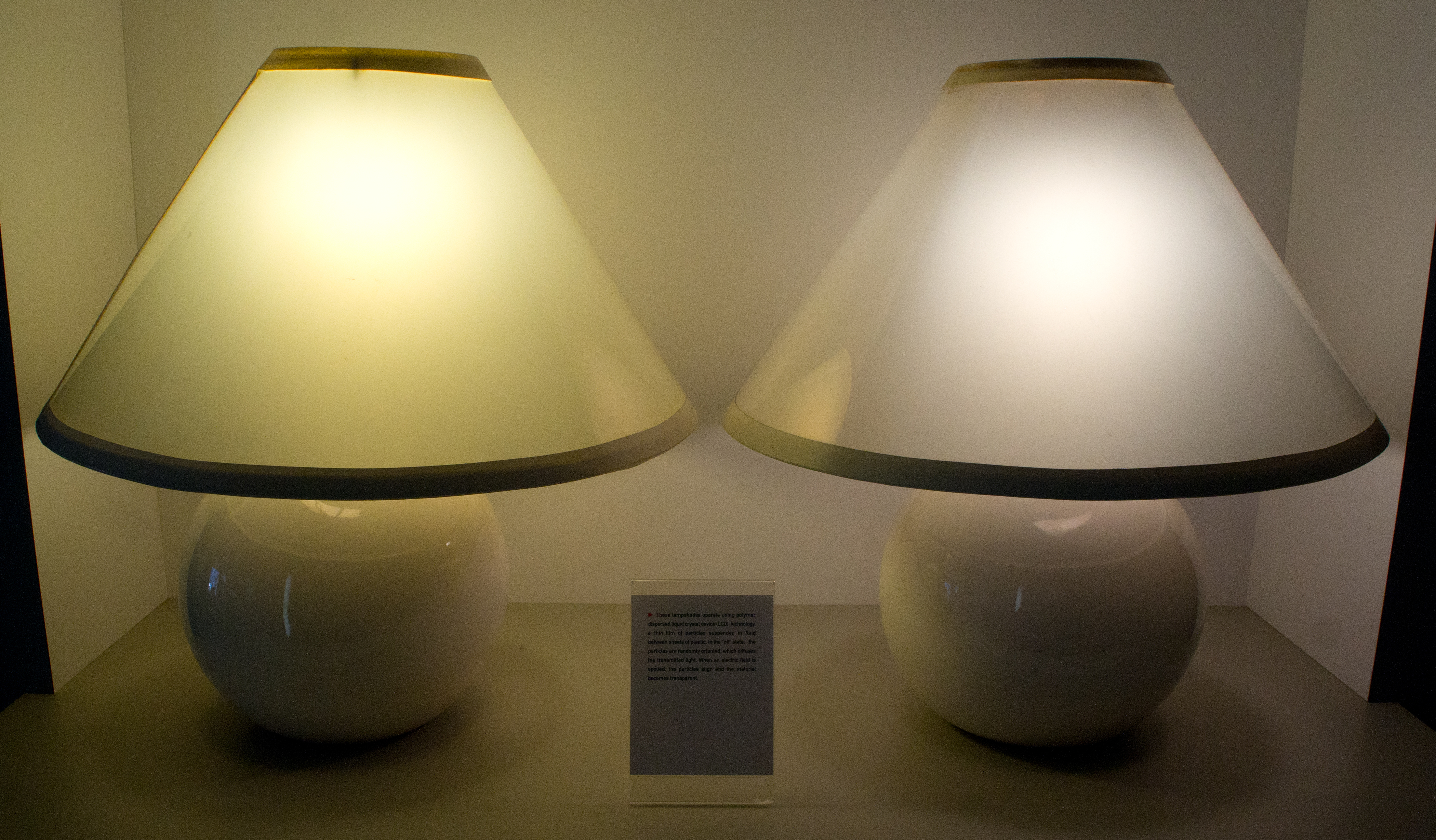 A compact fluorescent lamp and incandescent lamp, shown in visible light and infrared.
Demonstration from the Pacific Energy Center.

There are three main sources for architectural lighting today: incandescent, electrical discharge, and LED.  Incandescent lights work by heating a filament until it glows with black body radiation.  Electrical discharge (or "gas discharge") lamps pass a current through a gas to split it into a glowing plasma.  Fluorescent lamps are a kind of gas discharge lamp.  Light-emitting diodes send a current through a semiconductor to cause photon emission.

In broad terms, incandescent lamps are cheap to install but expensive to run. They can be justified if initial costs must be kept to a minimum and the annual hours of use are small or they are to be used intermittently with frequent switching. In some cases, the effects required in display or prestige interiors may warrant the use of small incandescent sources due to the precise control possible; however, they should not normally be used for the general lighting of interiors. 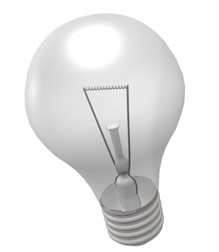 Tungsten-halogen is an expensive incandescent lamp that has a very compact envelope that makes it an excellent lamp where optical control is important. It still has all of the negative aspects of the standard incandescent, which are a relatively short life and a low efficacy, making the tungsten-halogen expensive to operate and maintain. Color rendition, however, is excellent. 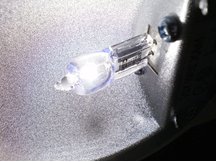 A commonly used electrical discharge lamp is based on sodium vapor. It has the highest lamp efficacy in commercial use today.

A small current passes through the sodium gas when the light is switched on, giving off a faint red discharge. After several minutes the sodium inside evaporates. The resulting sodium vapor produces the almost totally monochromatic emission characteristic to this lamp (589–589.6 nm, yellow). This makes color perception very difficult, which means that it is used almost solely for street lighting. 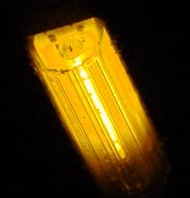 Mercury vapor lamps have resonant emissions at 185 nm and 254 nm, both in the UV range. At high pressure, the gas itself absorbs some of this radiation and re-emits it as visible light. This emission is concentrated in five narrow bands, giving a violet-blue-green appearance. As this spectrum is red-deficient, the perception of many colors is distorted. However, it has high luminous efficacy. 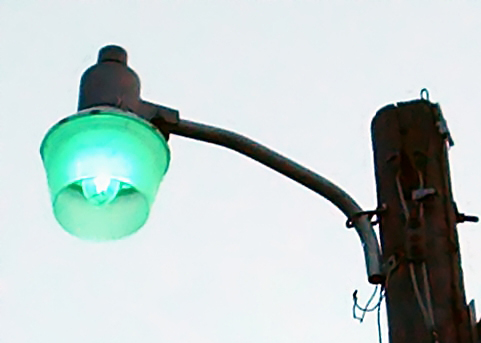 Fluorescent lamps are electrical discharge lamps whose discharge is in the ultraviolet spectrum, but the inside of the lamp is coated with phosphors that absorb these wavelengths and re-emit visible light (fluorescing).  They can have a wide range of color temperatures and color rendering indices, as well as different luminous efficacies.  They generally get more efficient as they get smaller diameter (hence a T5 is more efficient than a T8 or T12), though compact fluorescents have less efficient power supplies than full-size fixtures for T5 or T8 bulbs.

LED lights today have luminous efficacies in the same range as compact fluorescents. However, they can have extremely long lifetimes (as much as 30,000 to even 100,000 hours of use), physical robustness, and extremely small-sized units that are adaptable to many form factors.

Their traditionally high price prevented their use as a popular architectural light source.  Technology is improving very rapidly, however, and LED lighting is becoming less expensive and more energy-efficient every year. 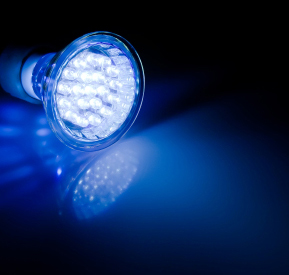 You should consider several criteria when choosing which light source to use. Note that these characteristics are often a function of the light source itself and the fixture housing it.

All of these have an effect on life cycle cost. If a lamp's lumen output declines rapidly during its life, the prudent designer initially provides more lumens than is required so that as the lamp declines with age, a sufficient amount of light is still available. In other words, if seven luminaires are required to provide the right amount of light for a space initially, we might put eight luminaires in our design so that the space is overlit at first, but the installation will still provide enough light later on as the lamps provide less than their rated lumen output due to ageing. Comparing the rate of lumen depreciation from one type of lamp to the next thus becomes an important part of the cost analysis.

It is sometimes desirable to have diffuse light rather than highly directional light since the latter may cause harsh shadows. An area source or a linear source (such as a fluorescent lamp) generates more diffuse light and softer shadows than a point source.

Some lamps are more easily dimmed than others. One must consider if simple on/off control is acceptable, if inexpensive dimming is desired, or if it is reasonable to incur the larger expenditures to get higher quality dimming.

One of the key areas of concern for the architect, interior designer and lighting engineer is the lighted appearance of the space. Most light sources are available in a variety of spectral power distributions, yielding a variety of color-rendering indices (CRI) and color temperatures. The lighting designer must be thoroughly familiar with these concepts in order to properly achieve the desired effect with the chosen lamps.

Light distribution from a small lamp can be controlled more easily than light emitted from a large lamp. This is simply because it is easier to shape a reflector around a small lamp than a large one. Some lamps are as small as 10 mm in length, and others are as large as 1 m long. The pattern of light from the former can be controlled very precisely whereas the best we can hope to do with the latter is to throw light in one general direction or another. We idealize a small light source with the concept of a "point source." The smaller the light-emitting element of a lamp, the more closely it resembles the ideal of a mathematical point source.

All artificial lighting adds an additional heat load to a building. Lamps with a higher efficacy will put less heat into a space for a given amount of light output. The most thermally efficient form of lighting is diffuse daylight, followed by direct sunlight, low-pressure then high-pressure gaseous discharge. The worst of all is incandescent lamps.

7. Consistency and Reliability of Supply Voltage

High-pressure gaseous discharge lamps are more sensitive to voltage variation than low-pressure lamps. If the arc is extinguished due to a dip in voltage, the high-pressure lamp may require up to 15 minutes to return to full light output.

Some lamps, notably fluorescents, are very sensitive to temperature and humidity. These lamps are difficult to start when the ambient temperature is low, and once started may not produce full light output.

Some lamps are quite cheap to purchase, initially. However, these tend to have low efficacy and relatively short lives. One must consider not only the initial cost, but the cost to operate the system over its entire life, including energy costs and the requirement to pay a worker to change the burned-out lamps frequently.  Fluorescent lights and LEDs are often a cost improvement on incandescents for this reason alone, even without energy savings.