Air is usually heated or cooled far beyond the desired comfort temperature, but then mixed with room air in a proportion that will arrive at the target temperature.  Because of this, it is often important for supply ducts to be insulated and well-sealed.

Leaky ductwork can cause 20 - 40% of heating and cooling energy.1 This is less of an issue for exhaust ducts, and is not an issue for the parts of the supply duct located within the conditioned space.

Conditioned air that is exhausted to the outside represents a loss of energy, as new air must be heated or cooled to replace it.  However, heat recovery ventilators can allow HVAC systems to recycle the heating or cooling energy of exhaust air while still bringing in fresh air.

Sometimes outside air takes less energy to condition than recycled air. For instance, in warm climates where recycled air has had the heat from people and equipment added to it.

Economizers are units that switch between using outside air and recycled inside air, based on which requires less energy to cool.  Such systems can significantly reduce HVAC energy use in mild climates, and can also improve indoor air quality by providing more fresh air.

Fans usually push air through several different ducts or other pathways, all of which cause fluid drag. The efficiency of any given air path is generally measured by its resistance to air flow. This is its static pressure loss or "head loss."

A simplified version of the equation for major loss is: 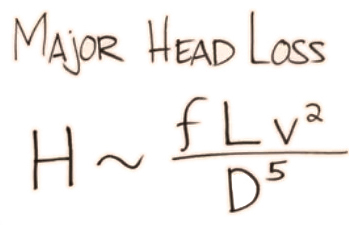 f is friction from the duct's surface roughness

L is length of travel for the air

v is the velocity at which the air travels

D is the size ("hydraulic diameter") of the duct, plenum, or other enclosure the air travels through.

Based on understanding this equation, there are four ways to reduce major head loss: 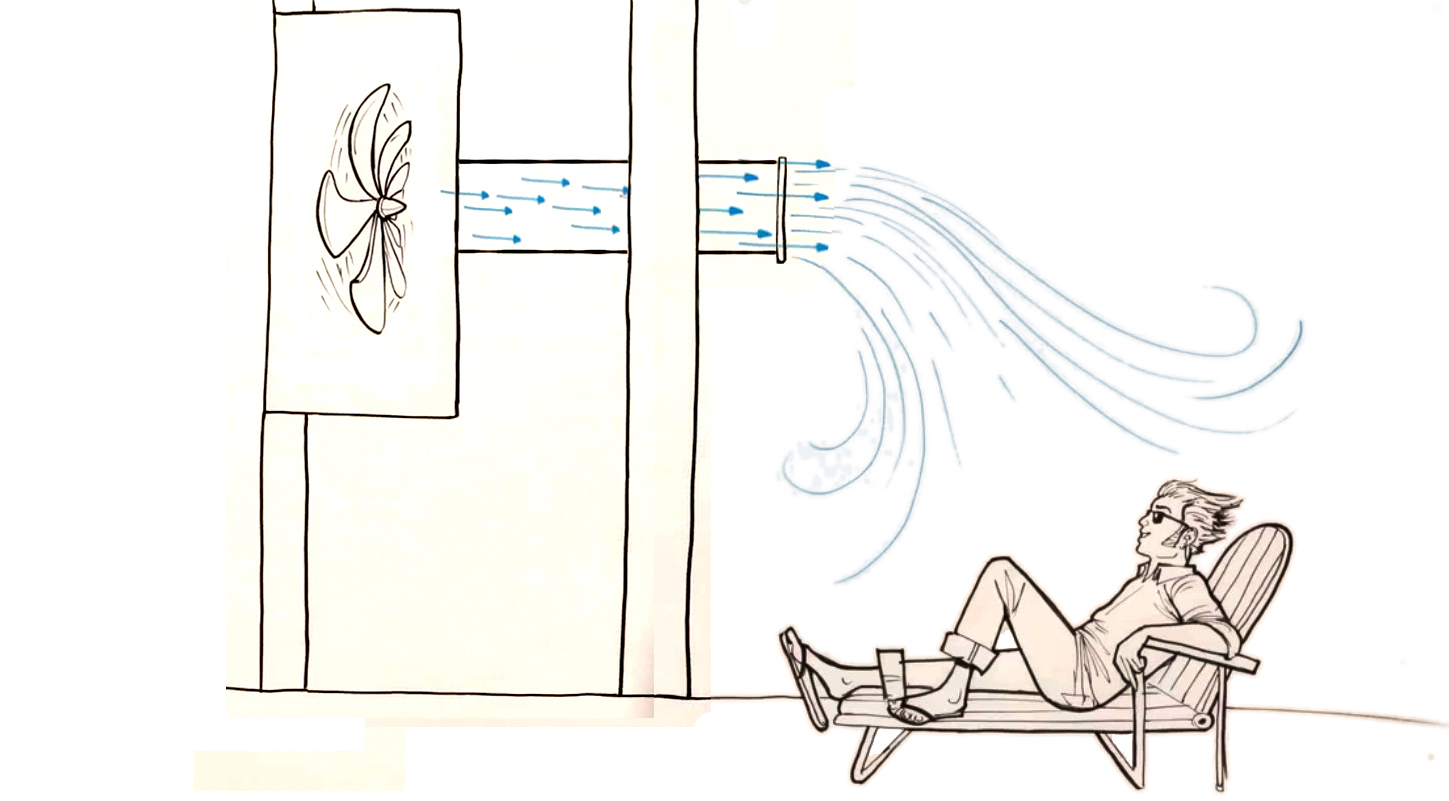 See an example in this video on the fundamentals of fluid flow.

Minor head loss, despite its name, can really add up.

If there are too many sharp bends in your duct system, you might double the energy loss accidentally.  If a valve is closed, the energy loss becomes infinite because no air can flow through, and whatever fans are trying to push air through are simply turning their energy into waste heat.

Minor losses can be measured as a unitless coefficient between zero (for no losses) and one (for 100% energy loss).  They are also often calculated as the equivalent length of straight pipe in the same system.  A duct section with a tight bend can easily have its equivalent length be three to five times its actual length. 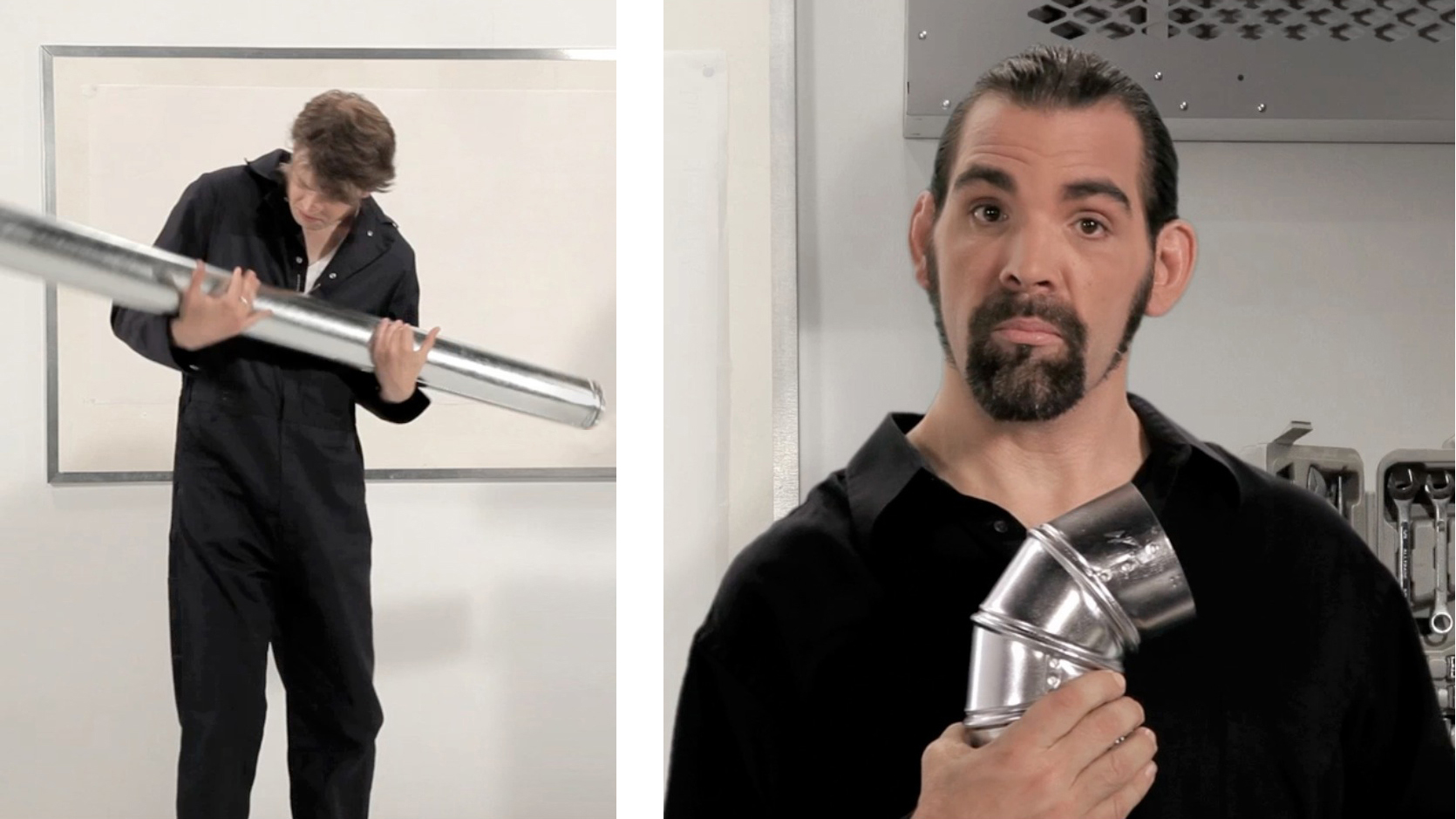 While there is not a single simple equation for this, there are many lookup tables by manufacturers and educational groups, which list minor loss coefficients or equivalent lengths for most common configurations.

Air filters are a common source of pressure loss.  The effectiveness of filters at removing contaminants must be balanced against the resistance they cause to airflow.  Filters that have very large surface areas (by being deeply corrugated) cause less resistance than flat filters. 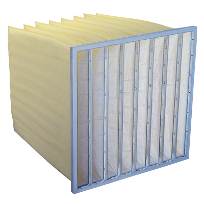