Radiant heating and radiant cooling systems are different from typical HVAC systems because they heat or cool surfaces rather than air.  The warm or cool surfaces then radiate heat to occupants.  The surfaces also conduct heat to people that touch them, and warm or cool the air by convection as well. 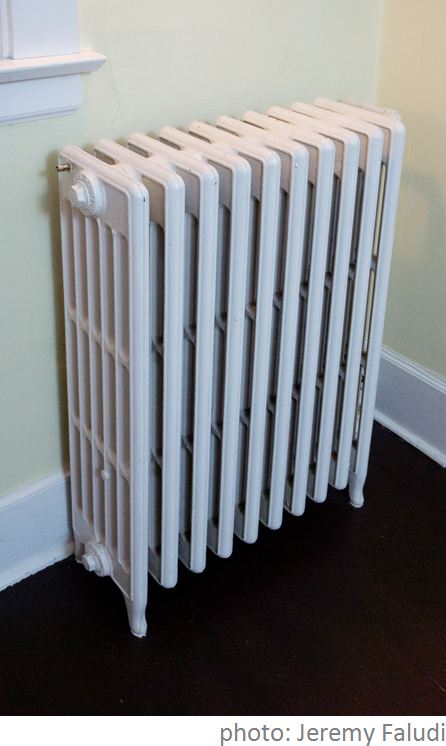 Radiant systems can save large amounts of energy while also providing better comfort, depending on the building and the climate.  Traditional systems use standalone radiators, while modern systems are often built into floors or ceilings.

Spaces with large air volumes and large amounts of unavoidable infiltration, such as loading docks and warehouses, are especially good building programs for radiant floor heating because heating the air would be inefficient.  Radiant floors are also an excellent choice for residential spaces where people may walk barefoot.

Even in more typical applications, radiant systems are more efficient than forced air heating or cooling because there are no duct losses. Also, in heating applications, heat is delivered low in the room where occupants are, rather than at the ceiling from overhead ducts. 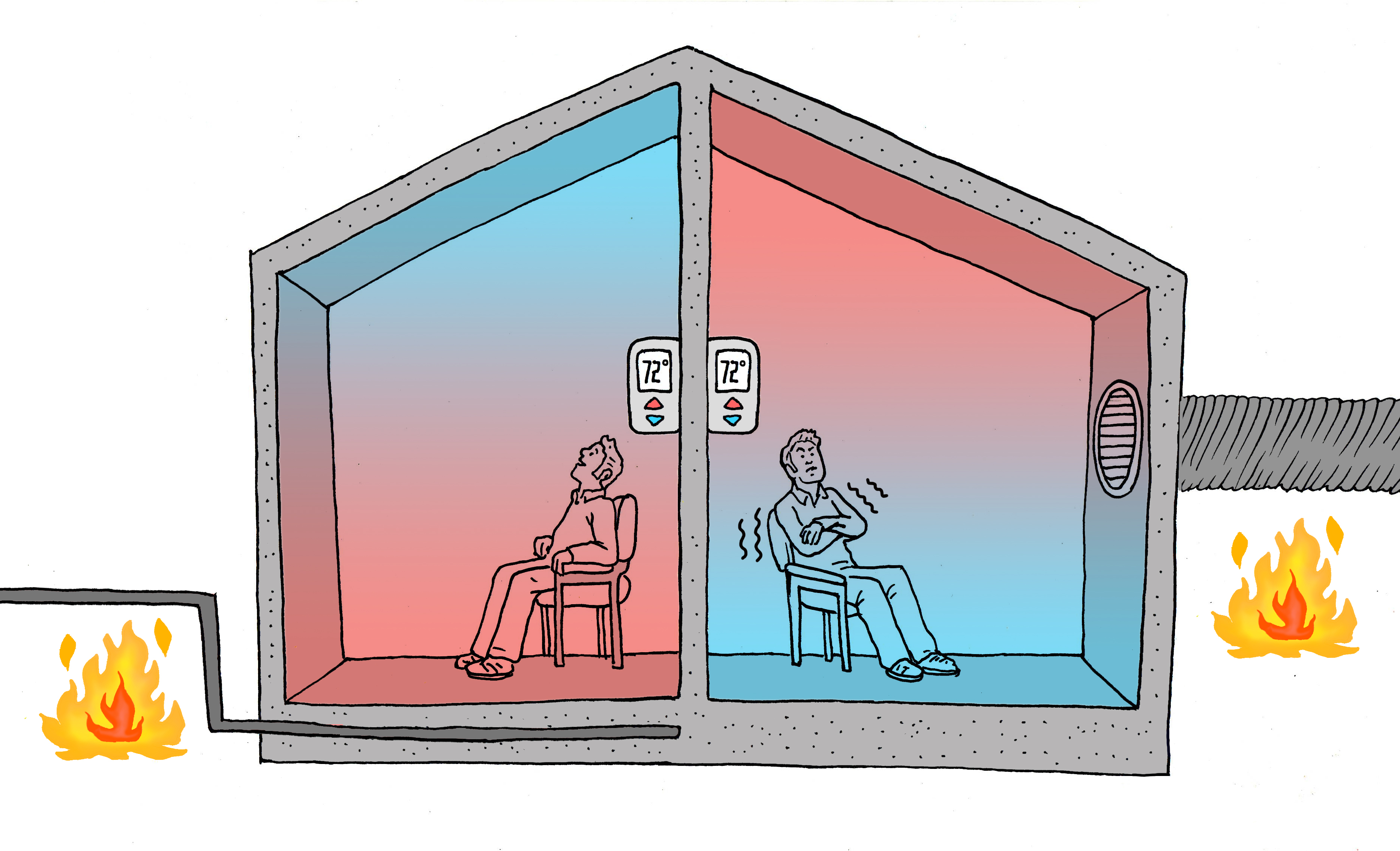 Heating a person with a radiant floor vs. forced air system

Radiant systems are not for all situations.  They are not useful for humidity control; in fact, radiant cooling is best for dry climates because it can cause condensation in humid air.  Radiant surfaces should also not be covered with carpet, acoustic panels, or other materials that would insulate them and hamper their effectiveness.  Finally, they should ideally have large surface areas to provide large amounts of evenly-distributed heating or cooling. 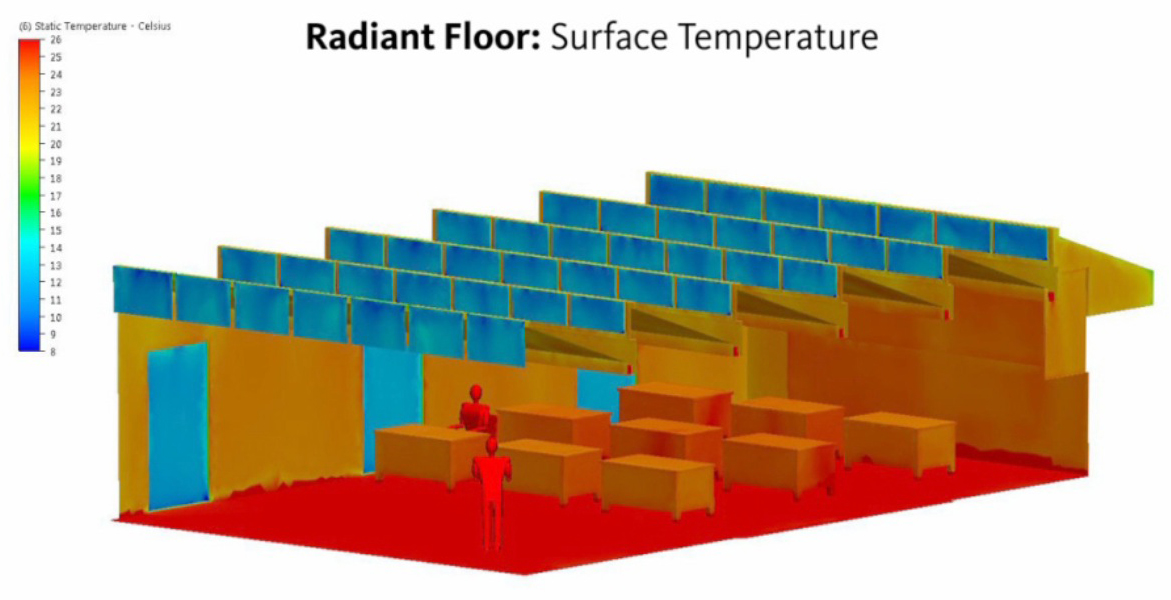 The image above shows surface temperatures throughout the interior of a room.  People appear as red due to their warmth, and the floor is warm due to a radiant heat system.  Walls and furniture are orange, because they are at the same temperature as the air.  Windows appear blue because they are losing heat by radiating it to the outside.

Mean radiant temperature is the single most important parameter in human thermal comfort. It has the strongest influence on comfort indexes such as Predicted Mean Vote ("PMV") or Physiological Equivalent Temperature ("PET"). Air temperatures matter less.  Thus heating and cooling systems that address radiant temperatures directly can be more efficient than those that heat or cool air. 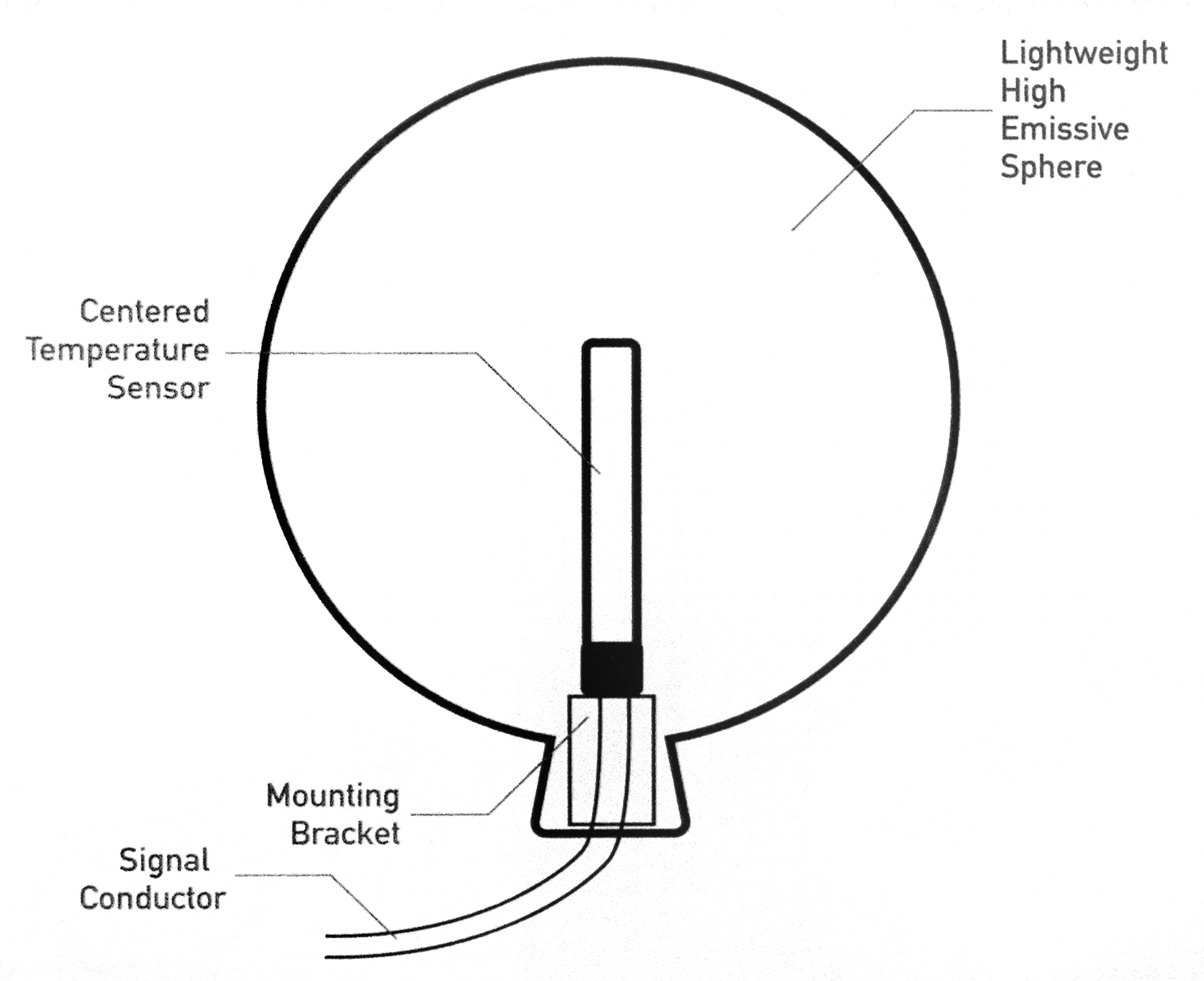 Modern radiant heating systems are generally heated floors, to take advantage of convective air heating as well as mean radiant temperature.  Because hot air rises, a warmed floor will heat air that will rise and distribute itself through the space.  However, radiant cooling systems can be located in walls or ceilings as well.

Radiant floors can be directly heated by electric resistance heating, or heated by water in a circulating loop.  They can also be heated by air, though this is uncommon.  Heating by water ("hydronic heating") is the most affordable and by far the most common.  The water must of course be heated by a boiler, solar hot water heater, or heat pump. 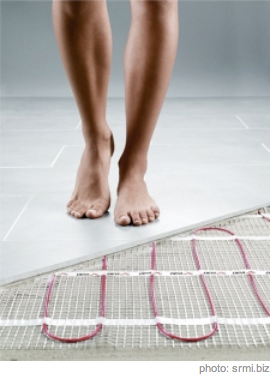 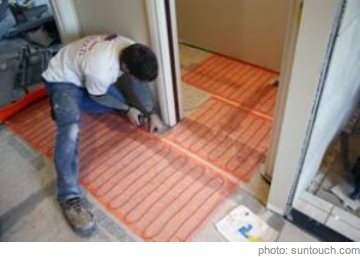 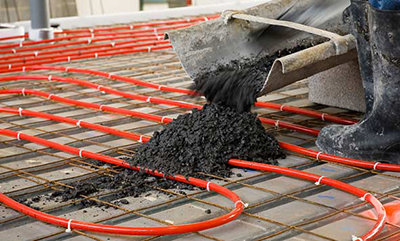 Thermal mass is useful for radiant floors when the heat is generated at a different time of day than it is needed for comfort.  For instance, a solar thermal hot water system would only provide heating during the day, so thermal mass would be necessary to keep the floor warm through the night.

Radiant floors without thermal mass are useful for faster response times, when the mean radiant temperature is controlled by a thermostat.  These systems can also be less expensive to install than massive systems, both because they use less material and because they put less structural load on the rest of the building.

Radiant cooling systems are generally chilled ceiling beams or panels, to take advantage of convective air cooling as well as mean radiant temperature.  Because cool air sinks, a chilled ceiling beam will cool air that will sink and distribute itself through the space.

Convection is more important for radiant ceiling panels and beams because, unlike radiant floors, no one will touch these surfaces.  Because of this, they are sometimes simply called "chilled beams".  However, radiant cooling systems can be located in floors as well.

Radiant panels and beams usually do not cover entire ceilings, so they have smaller areas than radiant floor systems.  The less area available for cooling, the lower the system's temperature needs to be in order to provide the same amount of cooling.  This can be a problem when the temperature hits the dewpoint of the air and causes condensation.  As such, the more humid the indoor air, the more area is needed for radiant cooling. 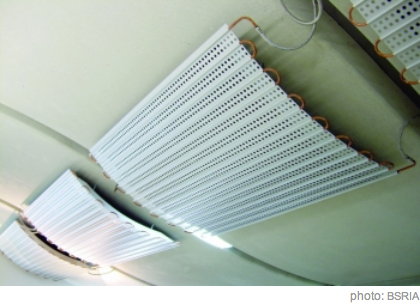 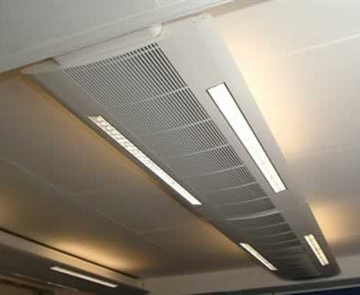 Chilled panels and a chilled beam with integrated light fixtures

Chilled panels and beams can be less obtrusive when they perform other functions at the same time--for instance, panels can also integrate acoustic damping, and beams can integrate lighting fixtures or other services.  "Active chilled beams" even integrate with HVAC systems to chill air as it is pumped into the space.