Shades can keep the heat and glare of direct sun from coming through windows. They can also keep direct sunlight off of walls or roofs, to reduce cooling loads. 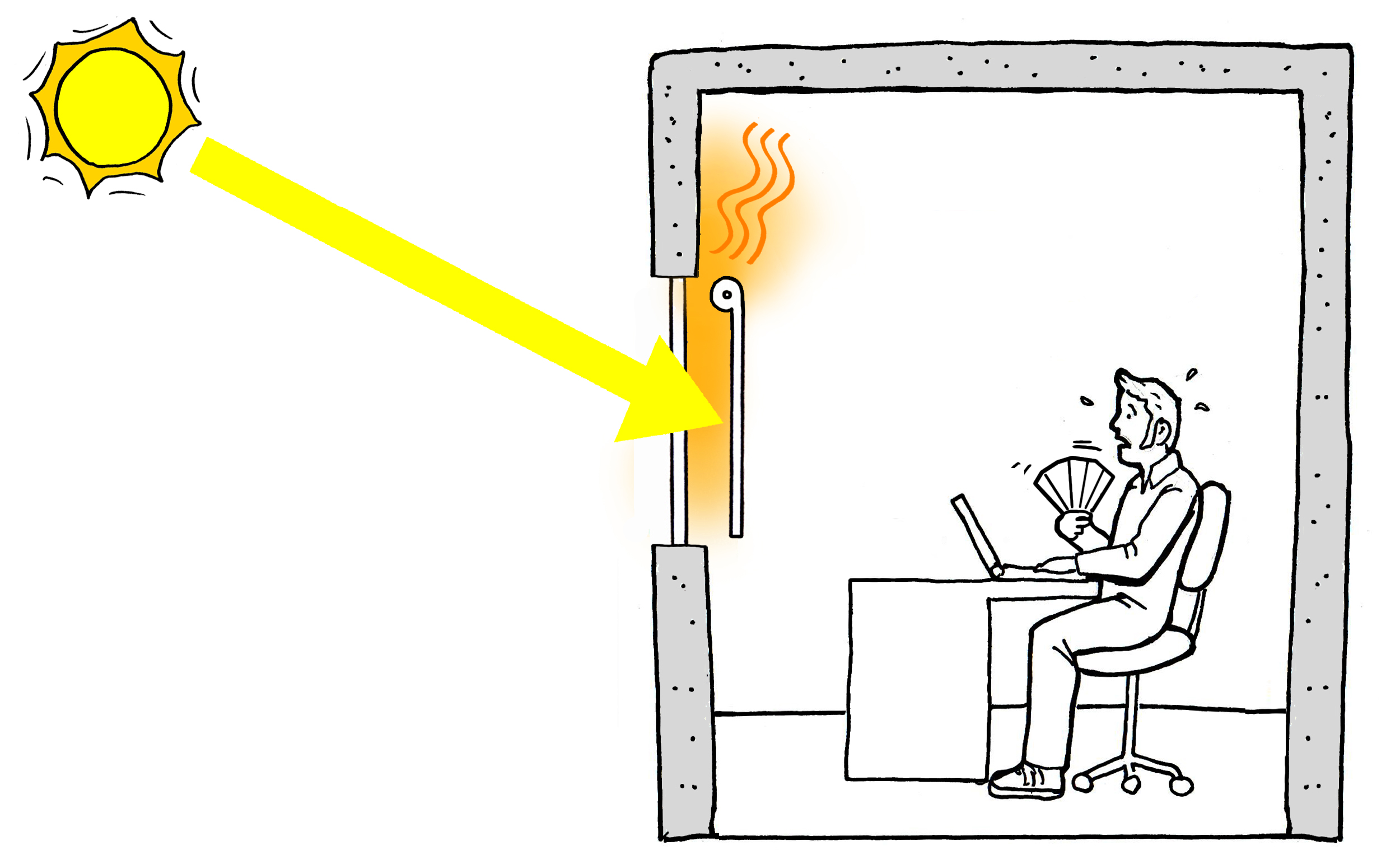 Interior shades can improve visual comfort, but do not block out solar heat gain

The most common form of shade is an exterior fixed horizontal overhang.  These are used on the side of the building facing the sun's path, sometimes including east and west faces.  However, east and west faces often have more need of vertical fins to avoid low-angled sun.

The side of the building facing away from the equator needs no shading, except near the equator where the sun may be on the north or south side depending on the season.

There are many variations on fixed external shades, to reduce the profile and/or let more diffuse light in.

In hot climates, it can be especially useful to shade the building's roof to avoid solar heat gain.  Rooftop solar panels, if placed right, can act as shades and thus perform double duty as energy generators and energy load reducers.

An overhang shades in summer but lets heat in during winter

You can visualize the sizes for such overhangs for your location with this shading angle tool.

Shading can also be adapted by making it movable--either manually operated by occupants or automatically controlled.  Such systems can be much more responsive and finely tuned, but they are also more expensive, and require more maintenance and repair over the years.  User-operated systems may require occupant training, and are often not properly used.