In very hot climates it's often necessary to prevent outdoor air from getting into the building un-conditioned during the heat of the day. However, natural ventilation can still be an option even in hot climates, particularly in hot dry climates. Two techniques can be used: faster air movement, and passively cooling incoming air.

Faster air movement on people's skin helps because it encourages evaporation of sweat, making them feel cooler at higher temperatures than normal.

Passively cooling incoming air before it is drawn into the building can be achieved by evaporative cooling and/or geothermal cooling.

If the inlet air is taken from the side of the building facing away from the sun, and is drawn over a cooling pond or spray of mist or through large areas of vegetation, it can end up several degrees cooler than outside air temperature by the time it enters occupied spaces. 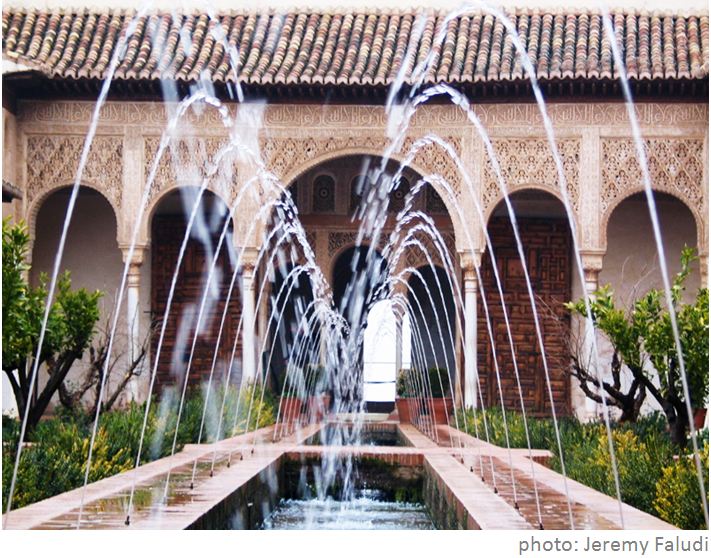 Inlet air can also be cooled by drawing it through underground pipes or through an underground plenum (air space). The air loses some of its heat to the surfaces over which it passes.  Underground, these surfaces tend to be at roughly the annual average temperature, providing cooling in summer and warming in winter.  This strategy is best for dry climates, as moisture in dark cool places can lead to poor indoor air quality.

Many early versions of geothermal cooling used rock stores or gravel beds for their thermal storage capacity; however, the additional resistance to air flow was quite high, often requiring a powered fan or pump.  Large open plenums can provide almost as much cooling or warming with only minimal obstruction.