This project was an entrant in the June 2014 Excellence in Analysis Awards. The project used Revit to determine the amount of materials used in order to improve the building performance and calculate the embodied emission. The project’s presentation and concise documentation deserves an honorable mention.

This project focuses on the interface between the community and various college campuses in Trondheim, Norway. The main goal of the project was to create an exhibition space for students to display their work, while also providing community members the opportunity to engage with the academic research and creativity of the colleges. Above all, Campus Kalvskinnet seeks to foster sustainability. Through passive design strategies, informed active system decisions, and embodied emissions calculations, the team was able to design a project that preserves the identity of the existing site and reaches net zero emissions.

This project presented a lot of information, but in a clear, concise, and logical manner that tied informed design decisions to visuals. 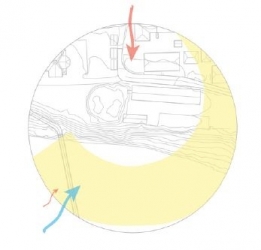 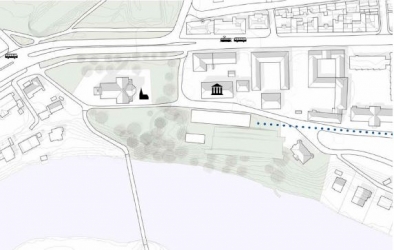 Next, the building program was set and the initial concept was presented. 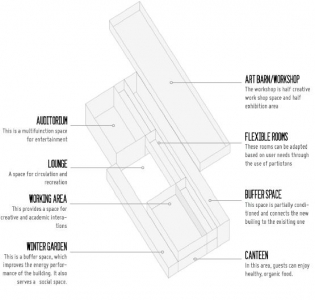 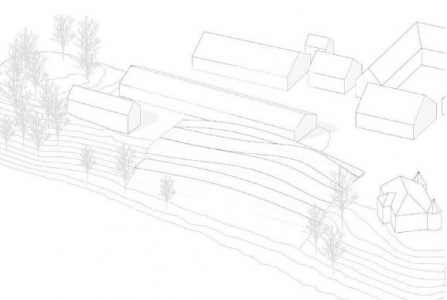 The idea was to incorporate the design into the local terrain. The underground temperature is constant year round, which is in stark comparison to the variable and unpredictable year round climate of Trondheim. Additionally, the building could incorporated green roof that seamlessly transitioned into the existing landscape.

The building incorporated passive design strategies such as thermal mass, daylighting, and buffer zones. The buffer zones are used seasonally to either ventilate or prevent heat loss depending on the time of year. Building materials were also considered for performance and emissions.

The project goal of net zero emissions was achieved by lowering the energy demand as much as possible. To reduce energy demand, the team aimed to achieve Passive House standards for a non-residential building. The team concluded that building operations will be the most critical contribution to energy use. As a result, if it were to be built, building occupants would need to be educated on how to use the building.

Finally, the team performed a Net Zero Emissions balance, which concluded that the energy produced from the PV is enough to balance energy consumption during building operations.

Energy Efficiency and Aesthetics in Kazakhstan